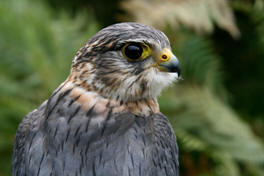 The Group will operate under the auspices of the Shropshire Ornithological Society Conservation Sub-Committee, and make a report to the Sub-Committee at the end of each calendar year.

To co-ordinate the monitoring and conservation of birds of prey in Shropshire by:-

For species where there is not already a monitoring Group, the Raptor Group will appoint one of its members to co-ordinate work on each species. This member will recruit assistants (who do not have to be Group members) if required, and decide on the level of information sharing/confidentiality amongst the people working on that species.

Members and assistants visiting nest sites will be required to have the appropriate disturbance and/or ringing Schedule 1 Monitoring Licence, to comply with Natural England and BTO conditions.

Where appropriate, members will be allocated specific 10 km squares to look for all relevant species, to avoid duplication of effort

In general, each year the Group will provide the County Bird Recorder, the BTO Atlas Organiser, the Rare Breeding Bird Panel (RBBP) and each Group Member with a non-confidential summary report, at the 10-km square level, detailing for each species

This report will be also publicly available. After careful consideration, the Group may choose to publish this at a different level of detail for some species (e.g. an area within the County, or the tetrad [2-km square] level).

Records will be shared with other Group members, and with conservation organisations – the SOS (as ‘the county record’), the BTO (Nest Records), the Bird Atlas (national and County level) and RBBP – on a confidential basis, at the tetrad level.

In addition, subject to any conditions attached by anyone submitting records to the Group, the Group will develop protocols on making detailed records available to the County Bird Recorder and other Recorders (e.g. RBBP), on a strictly confidential basis, and will consider this each year on a case by case and species by species basis.

Subject to any conditions attached by anyone submitting records to the Society, or by the SOS Conservation Sub-Committee, the County Bird Recorder will make SOS records available to the Group

The Group will meet at least twice each year, once early in the calendar year (prior to the start of each breeding season), and then at the end of the season to assess progress and agree the annual report.

Other individuals (e.g. Police Wildlife Officer) may be invited to attend specific or all meetings.

Procedures, keeping of minutes, etc will be determined by the Group.

The Group Convenor will maintain a complete confidential database of records. To ensure that published data are accurate, and duplication is avoided, the Group will offer to assess records submitted to other groups, to see whether they are included in the Group’s own published figures.

Initially Leo Smith. Annual elections will be held for the Convenor at the first meeting in each calendar year.