Request for Information on Lapwing, Curlew and Snipe in the Clun Uplands

All three species are now scarce in the Clun Uplands, and they are getting scarcer.  Conservation organisations, Defra and the Shropshire Hills AONB Office all want to assess the population of these birds, find out the level of breeding success, and take action to reverse the decline. We need your help to find these birds to do this.

The area covered is the part of Shropshire to the west of the A488 road between Bishop’s Castle and Knighton, around 120 square kilometres. 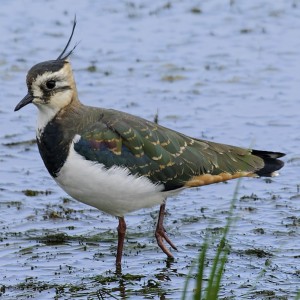 The population in the Clun Uplands now appears to be less than ten pairs, and the species may be on the verge of extinction here. A survey in 2005 found only five pairs. Only two chicks were fledged by one of these pairs. The other four all failed, either accidentally destroyed by farming activities, or lost to predation. The population and range has decreased considerably in the last 15 years.  Breeding success is not sufficient to sustain even the current small population. Urgent action is now needed to prevent Lapwing becoming extinct in the area. 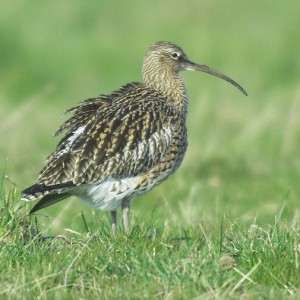 Curlews are very conspicuous, and have large breeding territories.  Their population is likely to be over-estimated. Only 11 pairs were counted in 2005. Although some may have been overlooked, the total is almost certainly well under 20 pairs.  Again, the amount of suitable habitat is declining, and the range has decreased in the last 15 years.

The level of breeding success is not known, but again it is likely to be insufficient to sustain even the existing small population. 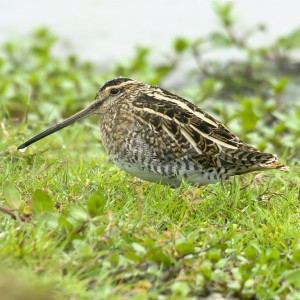 Snipe are very common in winter, but very few stay to breed.  A survey in 2004 found only 4 – 5 breeding pairs in the Clun Uplands (3 – 4 at Rhos Fiddle and Bicton Hill, and another one on Black Mountain , near Badger Moor Plantation). They are very elusive, and are mainly active at dawn and dusk. Drumming or chipping is the most likely evidence. Were any missed?

If you know of breeding sites for any of these species please contact Leo Smith on 01694 720296 or by email.